You can Translate article here


Friends,
We all know Sunny Leone, the former adult star,now a bollywood actress. 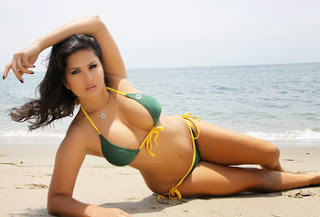 Before joining the Bollywood,Leone was quite popular in the adult industry where she had to do some repeated steps for some time with lot of noise and power.When she got a chance in celebrity based show Big Boss,anchored by Salman Khan then it was assumed to be a publicity stunt by the colors Tv channel to bring the highest TRP among other reality TV shows. 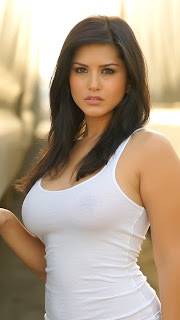 .The formula also really worked as Sunny leone entrance brought a large of audience to the show.In between the shooting of Big Boss,a famous director came to the show and he offered his new film to Sunny Leone to play a lead role.After that Sunny Leone did that movie but it can't get enough success on the box office.But film got a lot of initial response from the Indian audience as it was the first film they have seen in their lives where the actress had adult industry background.So they first come to the theatres with the mindset of watching a typically bold and erotic movie but the story line of film couldn't allow that much eroticism,so thats the main reason i guess for unsuccessful Jism-2.Secondly the voice of sunny leone was also dubbed so people couldn't connect with Sunny.After that Leone was seen in the item song of action thriller movie "Shootout at Wadala" doing "Laila teri le legi",the song became quite popular in the music charts.
So after watching this type of stuff,now other girls that were always used to come in lime light like Poonam Pandey,Sherlyne Chopra,Rakhi Sawant,Veena malik etc are also getting movies.Recently Poonam Pandey was working in the movie "Nasha" and Sherlyne was doing "Kaamsutra-3D" which have a quite bold and erotic storyline. 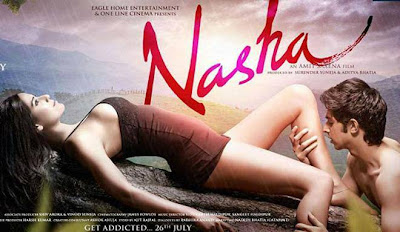 Even Poonam pandey who refused to come nude outside after winning ICC world cup 2011 by india (earlier she promised to do that) is coming totally nude for his upcoming film posters and friends we also knew why kaamsutra is famous for.So no introduction about Kaamsutra 3D. After talking about all these topics,we came to conclusion that these actresses are just glamour part of their movies as directors know that adult based theme will suite to these type of actresses in which some of these totally admit to these kind of movies.So it is simply looking that leone entrance in the Bollywood bring some work to these girls as they can say that if Leone can do it so why we can't in the industry.

Popular Posts of the Week

By Gaurav Harit April 11, 2016
Hello Friends, It's always been adventure to find new place but sometimes it could be so frustrating too for people who are not aware about this place.  Nangli Poona is small village outside the crowd of busy Delhi and Some exams like RRB conducts its test in Ion Digital zone, idz1/2 near nangli. So I am telling common path which will be helpful to you reach this place.
140 comments
Read more

By Gaurav Harit June 27, 2016
Hello Friends, Today I will tell you about the path of exam centre - " ION DIGITAL ZONE IDZ 2 MATHURA ROAD A 27 MOHAN CO­OP INDU. ESTATE NEAR SARITA VIHAR, DELHI 110044". First of all it is easy to reach there as metro station is near the exam centre.  Nearest metro station to exam centre is Mohan Estate . The common path is from Mandi House to Mohan Estate. It will take around 36 minutes to reach there from Mandi House. After reaching Mohan Estate , move to your left hand side and take a walking distance of around 5-7 minutes. Just follow the path till pillar numbers 294, 293, 292. Both exam centres IDZ2 and IDZ1 come along the way with 2 consecutive cuts (IDZ2 at first cut and IDZ1 at second cut) on the left hand side. I hope it will help you BEST OF LUCK  I hope you like this, so kindly comment below the post and do share your response. Thanks for reading :)
53 comments
Read more

Booklist for UPSC by Shubham Kumar & other toppers

Who are some of the famous Jain Businessmen in World?

By Gaurav Harit August 15, 2021
We , at Discover Tips wants to greet all our fellow indians all around the globe a happy Independence Day. May our country India shine like a bright star always. Jai Hind
3 comments
Read more

By Gaurav Harit July 18, 2021
Hello Friends Today I will share another route of exam centre which is very far away from Delhi and it's better to go to centre on exam day only. Today I am sharing the route of another TCS exam centre " ION Digital Zone IDZ ,IIMT Campus, Plot No 20-A, Knowledge Park-III, Greater Noida ". The route of exam centre is very easy and you can easily reach the centre on exam day. 1. First the common metro station is Botanical Garden Metro, so if you are from Delhi, then first reach botanical garden metro station. And if you are outsider, then first reach Delhi and read 1st point again. 2. After reaching Botanical garden metro station, then you should take bus which goes to Pari Chowk/sometimes direct to exam centre. Fare : Botanical to Pari Chowk- 30 Rupees            Pari Chowk to IIMT - 20 Rupees 3. If bus doesn't go direct to exam centre, then it will leave you to Pari Chowk, then you can take sharing auto there to IIMT exam centre which cost you around 20 r
2 comments
Read more