You can Translate article here

Dale Steyn retired from All forms of International Cricket 🇿🇦 🏏

Dale Steyn, the South Africa pacer, on Tuesday, 31 August announced his retirement from all forms of the game. 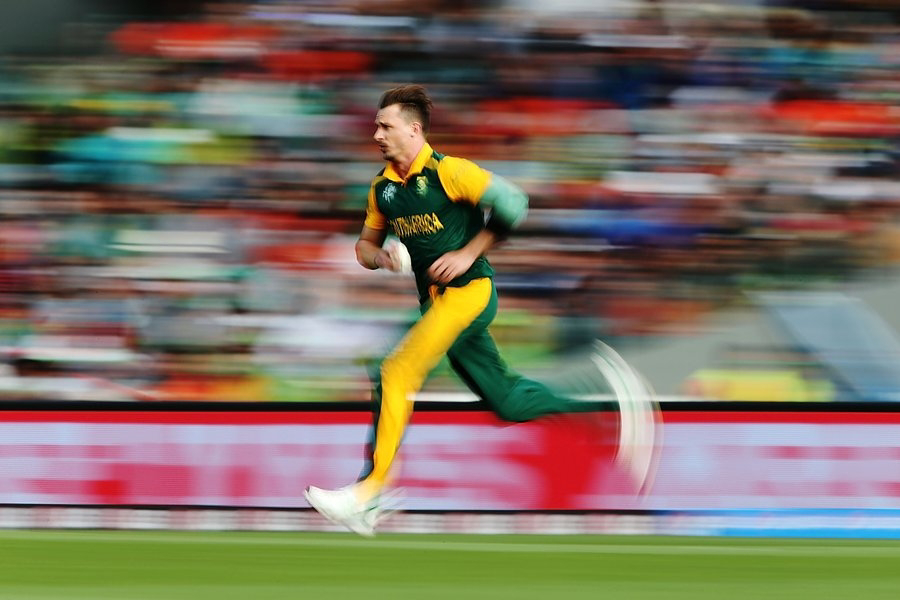 Steyn took to social media to announce his retirement, saying: “Today, I officially retire from the game I love the most. Bittersweet but grateful.”

"It's been 20 years of training, matches, travel, wins, losses, strapped feet, jet lag, joy, and brotherhood. There are too many memories to tell.

"Thank you to everyone, from family to teammates, journalists to fans, it's been an incredible journey together."

Steyn, who retired from Test cricket in 2019 with an eye on limited-overs formats, last played an international in February 2020 – a T20I against Australia – but has had constant run-ins with injuries over the last few years, especially after a career-threatening shoulder injury during South Africa’s tour of Australia in November 2016.

Steyn was initially included in South Africa's squad for the 2019 ICC Cricket World Cup but had to pull out without playing a match due to a shoulder problem. He still had an eye on the ICC Men's T20 World Cup 2020, before that tournament was postponed due to the Covid-19 pandemic.

He played in T20 franchise leagues thereafter, including in the Pakistan Super League in March this year. He also pulled out of the IPL, but insisted he wasn't retiring. However, on Tuesday, he brought his career to a close, quoting lines from the Counting Crows song A Long December.

Popular Posts of the Week

Who are some of the famous Jain Businessmen in World?

By Gaurav Harit April 11, 2016
Hello Friends, It's always been adventure to find new place but sometimes it could be so frustrating too for people who are not aware about this place.  Nangli Poona is small village outside the crowd of busy Delhi and Some exams like RRB conducts its test in Ion Digital zone, idz1/2 near nangli. So I am telling common path which will be helpful to you reach this place.
137 comments
Read more

By Gaurav Harit June 27, 2016
Hello Friends, Today I will tell you about the path of exam centre - " ION DIGITAL ZONE IDZ 2 MATHURA ROAD A 27 MOHAN CO­OP INDU. ESTATE NEAR SARITA VIHAR, DELHI 110044". First of all it is easy to reach there as metro station is near the exam centre.  Nearest metro station to exam centre is Mohan Estate . The common path is from Mandi House to Mohan Estate. It will take around 36 minutes to reach there from Mandi House. After reaching Mohan Estate , move to your left hand side and take a walking distance of around 5-7 minutes. Just follow the path till pillar numbers 294, 293, 292. Both exam centres IDZ2 and IDZ1 come along the way with 2 consecutive cuts (IDZ2 at first cut and IDZ1 at second cut) on the left hand side. I hope it will help you BEST OF LUCK  I hope you like this, so kindly comment below the post and do share your response. Thanks for reading :)
51 comments
Read more

By Gaurav Harit July 18, 2021
Hello Friends Today I will share another route of exam centre which is very far away from Delhi and it's better to go to centre on exam day only. Today I am sharing the route of another TCS exam centre " ION Digital Zone IDZ ,IIMT Campus, Plot No 20-A, Knowledge Park-III, Greater Noida ". The route of exam centre is very easy and you can easily reach the centre on exam day. 1. First the common metro station is Botanical Garden Metro, so if you are from Delhi, then first reach botanical garden metro station. And if you are outsider, then first reach Delhi and read 1st point again. 2. After reaching Botanical garden metro station, then you should take bus which goes to Pari Chowk/sometimes direct to exam centre. Fare : Botanical to Pari Chowk- 30 Rupees            Pari Chowk to IIMT - 20 Rupees 3. If bus doesn't go direct to exam centre, then it will leave you to Pari Chowk, then you can take sharing auto there to IIMT exam centre which cost you around 20 r
Post a Comment
Read more

What are things mentally strong people do every day?

By Gaurav Harit September 17, 2021
They choose to be happy. Their train was delayed by 20 minutes today? So what? Someone accidentally spilled coffee all over their brand new sneakers? So what? A coworker was rude to them at the office? So what? A mentally strong person understands that they are incapable of controlling other people’s actions. Thus, they always choose to be happy because that is the only thing one can control in life. They are not people pleasers. They are not afraid to say no when someone oversteps their boundaries. They won’t feel pressured to attend an event that they are not interested in. They know to put themselves first before others. They reflect often or at the end of the day. A mentally strong person is not perfect. They may have lost their temper a day ago at their partners. They may harbour feelings of inadequacy or jealousy towards a fellow coworker. What matters is that they take time to question their behaviour and emotions. Through self reflection, one is able to identify the
Post a Comment
Read more

What are the dynamics of personal transformation

By Gaurav Harit September 19, 2021
At least once a day , laugh at yourself . Take your work seriously , not yourself , Approach life like a professional. Work when you’re not in the mood for it . Train when you’re a little bit tired . Talk to her even if you’re not drunk , Most men are happy to be mediocre . If you’re aiming for something big , be prepared to feel lonely, You don’t have time to please everybody . You must complete your tasks regardless. Put your interests first, If you’re uncomfortable with hate you’ll never get far in life . Understand , every significant results come with detractors, false accusations , rumours etc . Accept it with smile , If you’re too dominant, & outspoken , people will avoid you due to their fear of being mistreated , crushed or balatantly outshined. If you’re too weak , you’re useless. People will avoid you due to their desire to not associate themselves with unworthy individuals that make them look bad . Learn life !! , When you’ve just one business, you accept ev
Post a Comment
Read more

How do I practice living in present?

By Gaurav Harit September 18, 2021
Take care of yourself internally & your life will change externally, for the better, Your energy is flowing to wherever your attention is going . It all comes back to you eventually. Be mindful of what you put out, Appreciate your life despite not having what you want. It’ll give you happiness that you strongly desire, Meditate. Cleanse . Read . Excercise . Cook . Do something productive instead of investing your precious energy in discussing & belittling others, Pay attention to good feelings. Be unapologetically authentic. Let go of unhelpful beliefs, Keeping calm while being misunderstood & slandered by others is superpower, Uphold your boundaries. Honour them . Watch how things & people in life change, No matter what happens in life, there’s always a reason behind it. Even if you don’t understand it at the very moment, you’ll understand in time, Stay open to learning from everyone. But remember that the highest authority in life is always your own heart,
Post a Comment
Read more

What are the secrets that everyone has to know?

By Gaurav Harit September 19, 2021
Everyone has at least four personalities: 1) the personality they want everyone else to know, 2) the personality they don’t want anyone else to know, 3) the shameful personality they’d rather die than reveal, and 4) the personality they don't understand. The difference between the rich and the poor is their way of thinking. One thinks they cannot be rich until they stumble upon some kind of luck. The other thinks that since they have no luck, they must go and create their own luck. Everyone would be extremely rich, if only they could discover their real value. However, this is almost impossible because everyone has been taught how to sell their time for money. Don't set out to save the world. Set out to get the world to understand you. It is better to die trying to be rich than to be a spectator of people who are on their way to becoming filthy rich. Besides, the air is much cleaner at the top than below. We live in a world where ideas control thoughts, people, and
Post a Comment
Read more